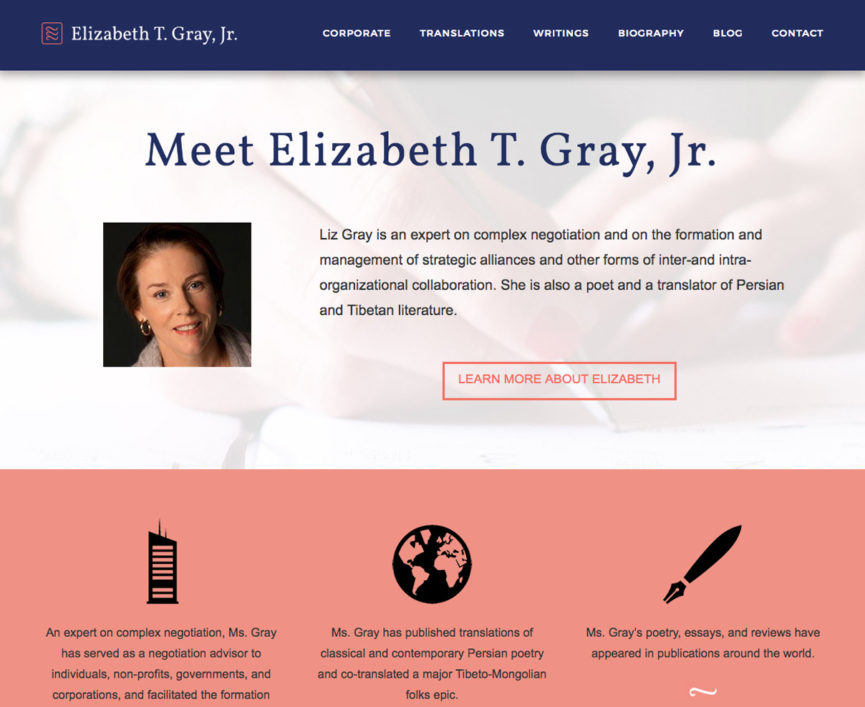 Elizabeth Gray Jr. is a negotiation advisor for government and corporate entities, with a resume including IBM, Kodak, Stanford University, Reuters, and the United States Navy. She is also a poet and published translator of Persian and Tibetan literature.

Ms. Gray came to us with a fairly complex situation. She liked the general look and feel of her website but wanted to move away from her existing theme which was custom coded and causing frontend issues whenever it was updated. There was also numerous security issues that landed her site on several blacklists, and a third party who stopped returning phone calls, but we won’t get into that here. We rebuilt Ms. Gray’s website with a similar look and feel, utilizing the modern and flexible X theme. The site functions beautifully on devices of all shapes and sizes and under the hood we’re running WPEngine. We were also able to remedy all security issues and remove her domain from all blacklists.
View Site | Back to Portfolio